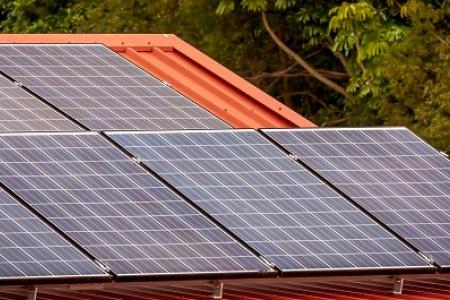 Implementation of the Paris Agreement has significant implications for Africa as the continent that will be most severely impacted by the adverse impacts of weather variability and climate change. The continent is already experiencing climate-induced impacts, such as frequent and prolonged droughts and floods, as well as environmental degradation that make livelihoods difficult for rural and urban communities. Increasing migration on the continent is both triggered and amplified by climate change.

Reviewing the Paris Agreement allows for a contextual analysis of what was at stake for Africa and what the Agreement offers, prior to COP22 in Marrakesh, Morocco 7-18 November 2016, thereby contributing to strategic orientation for African countries in moving forward with the implementation of the Agreement.

James Murombedzi, Africa Climate Policy Centre, Officer –in-Charge says “The Paris Agreement heralds bold steps towards decarbonizing the global economy and reducing dependency on fossil fuels. However, there are contentious nuances of the agreement that must be unpacked in the context of Africa’s development priorities, particularly in regard to the means of implementation which were binding provisions of the Kyoto Protocol and currently only non-binding decisions in the Paris Agreement.”

To better articulate the specific objectives and capture the implications of implementing the Paris Agreement for inclusive and sustainable development in Africa, the Conference will be organized under the following sub-themes:

• Unpacking the Paris Agreement and emerging challenges and opportunities for Africa;

• Integration of the Paris Agreement into Africa’s development agenda and other global governance frameworks;

• Linking African initiatives to the implementation of the Paris Agreement;

CCDA-VI is expected to be attended by policymakers and researchers, young people, civil society organizations, negotiators and the private sector, CCDA-VI will facilitate and enrich the sharing of lessons, key research findings, outreach and policy uptake, as well as stimulate investments.