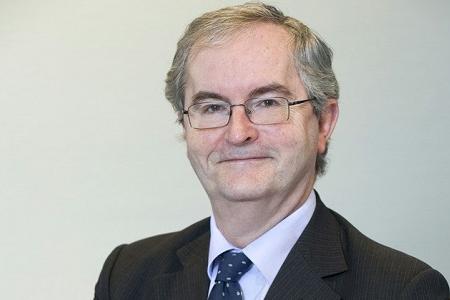 “The European Investment Bank welcomes the ratification of the UNFCCC Paris Agreement less than a year after COP 21, a key step to ensuring that the first-ever legally binding global agreement on climate can enter into force. The EIB recognises the importance of long-term finance to tackle a changing climate and the increasing role of climate finance to drive economic growth. The Paris Agreement has strengthened efforts to unlock more sustainable finance and catalyse greater investment where market innovation, national leadership and international finance all play a crucial role.” said Jonathan Taylor, European Investment Bank Vice President responsible for climate action.

Vice President Taylor confirmed that since COP 21 was convened in Paris the EIB has strengthened the impact of climate related investment worldwide. This includes backing for long-term investment in new sustainable transport, renewable energy and energy efficiency schemes, as well as supporting investment to adapt crucial infrastructure to a changing climate both across Europe and around the world, in Africa, Asia, Latin America and in Europe’s eastern neighbours.

He outlined how the EIB impact of support for climate investment in Europe has been strengthened under the Investment Plan for Europe and how future new lending in countries most impacted by the refugee crisis would also have a strong focus on supporting climate related investment.

Climate action is a key priority for the European Union’s long-term lending institution, the European Investment Bank. In the last five years the EIB has provided more than EUR 90 billion for climate related investment around the world. In 2015 EIB climate finance reached a record high of EUR 20.7 billion and represented 27% of overall financing.

“Transformational projects such as the Noor solar power plant at Ouarzazate and Lake Turkana wind farm in northern Kenya demonstrate how private investment across Africa can be unlocked to strengthen sustainable energy generation. Enabling future climate related investment of this scale and increasing the climate impact of all projects is crucial for successful implementation of the Paris agreement,” added Jonathan Taylor.

Climate related investment approved by the EIB since Paris ranges from zero-energy buildings in Finland, a billion euros for sustainable transport in Paris, construction of mobile breakwaters to protect islands in the Venice lagoon, and one of the world’s largest offshore windfarms, the 84 turbine Beatrice project that will provide sustainable power to an estimated 450,000 homes.

Since the landmark agreement the EIB has also confirmed key climate related investment outside Europe, including expansion of the Cairo Metro and the first metro in the Indian city of Lucknow as well as improving supply of sustainable energy in the small island state of the Maldives.

The EIB is the long-term lending institution of the European Union owned by its Member States. It makes long-term finance available for sound investment in order to contribute towards EU policy goals.