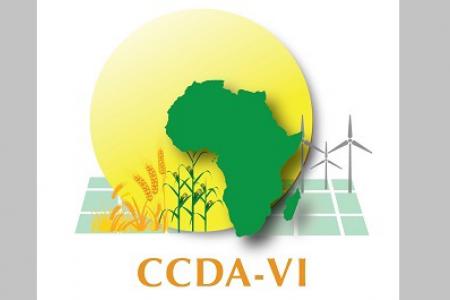 Addis Ababa, 18 October 2016 (ECA) – There is an urgent need for African countries to review and revise their Intended Nationally Determined Contributions (INDCs) to address challenges that can affect the implementation of the Paris Agreement on climate change says Economic Commission for Africa’s Chief Economist and Deputy Executive Secretary, Abdalla Hamdok.

In remarks to the Sixth Conference on Climate Change and Development in Africa (CCDA-VI) the continent’s flagship climate change science-policy dialogue forum that opened in Addis Ababa Monday, Mr. Hamdok said of the 61 countries that have ratified the Paris Agreement so far, 16 are African.

“The significance of the Paris Agreement coming into force lies in the fact that the INDCs, which are the foundation of the Agreement, become legally binding as Nationally Determined Commitments,” Dr. Hamdok said.

“This is challenging for Africa… there are still a number of challenges with the INDC submissions of many developing countries and these include vagueness in their mitigation ambitions and adaptation aspirations, lack of cost estimates for achieving their adaptation and mitigation goals, absence of clarity on sources of funding and absence of up to date national GHGs emissions records.”

Other challenges include mitigation commitments that exceed current level of emissions and lack of coherence between some of the INDCs and national development plans and strategies.

“There is therefore an urgent need for African countries to review and revise their INDCs with a view of addressing the above issues and increasing their levels of ambition, where appropriate, in order to ensure meaningful and realistic Africa contribution to the implementation of the Agreement,” Mr. Hamdok told delegates.

He said this will not be easy given the complexities of access to adequate and reliable data, mainstreaming climate into national development imperatives, ensuring coherence between climate change goals and the various sectoral goals and objectives, and securing adequate funding for the process.

“The operationalization of the Agreement is also significant for our continent in that it brings forward the need to mobilize adequate resources required to facilitate meaningful implementation from all sources,” said Mr. Hamdok.

Mr, Justice Kabyemera officiated at the opening on behalf of Acting Vice President, Kapil Kapoor, responsible for Sector Operations at the African Development Bank. He said many on the continent are pleased that the Paris Agreement will enter into force November 4, 2016.

“The bank believes that African countries will need to identify viable and transformative investment opportunities, reform institutions to make them more efficient and build capacity to access and absorb climate finance in readiness to take advantage of the opportunities presented by the Paris Agreement to leapfrog technologies and transition to low carbon, climate-resilient development,” Mr. Kapoor said.

He said the AfDB’s Climate Change Action Plan for 2016-2020 will be ambitious, exploring modalities for achieving the adaptation goal, the adequacy and effectiveness of climate finance, capacity building and technology transfer; building technical skills so African economies can realize their full potential for adaptation in high-technology sectors.

The theme of CCDA–VI, organized under the auspices of the Climate for Development in Africa (ClimDev-Africa) programme, is “The Paris Agreement on climate change: What next for Africa?”